Growing up in Iceland in the nineties, it was impossible not to hear about Eve Online, the game that was going to do what at the time sounded impossible. A massively multiplayer online role playing game set in a persistent world where enterprising captains would roam space in their giant spaceships, striking out in any which way they wanted. Truly the vision that had been behind the classic game Elite.

And so the day when the game came out in May 2003 (a whole year and a half before the phenomenon that would be World of Warcraft came out), I obviously went to my local computer store and bought a copy. One which I still have to this day and treasure in some strange way, never having let go of it (I once even reduced all of what I had down to 2 suitcases, and still that old plastic cartridge stuck around). 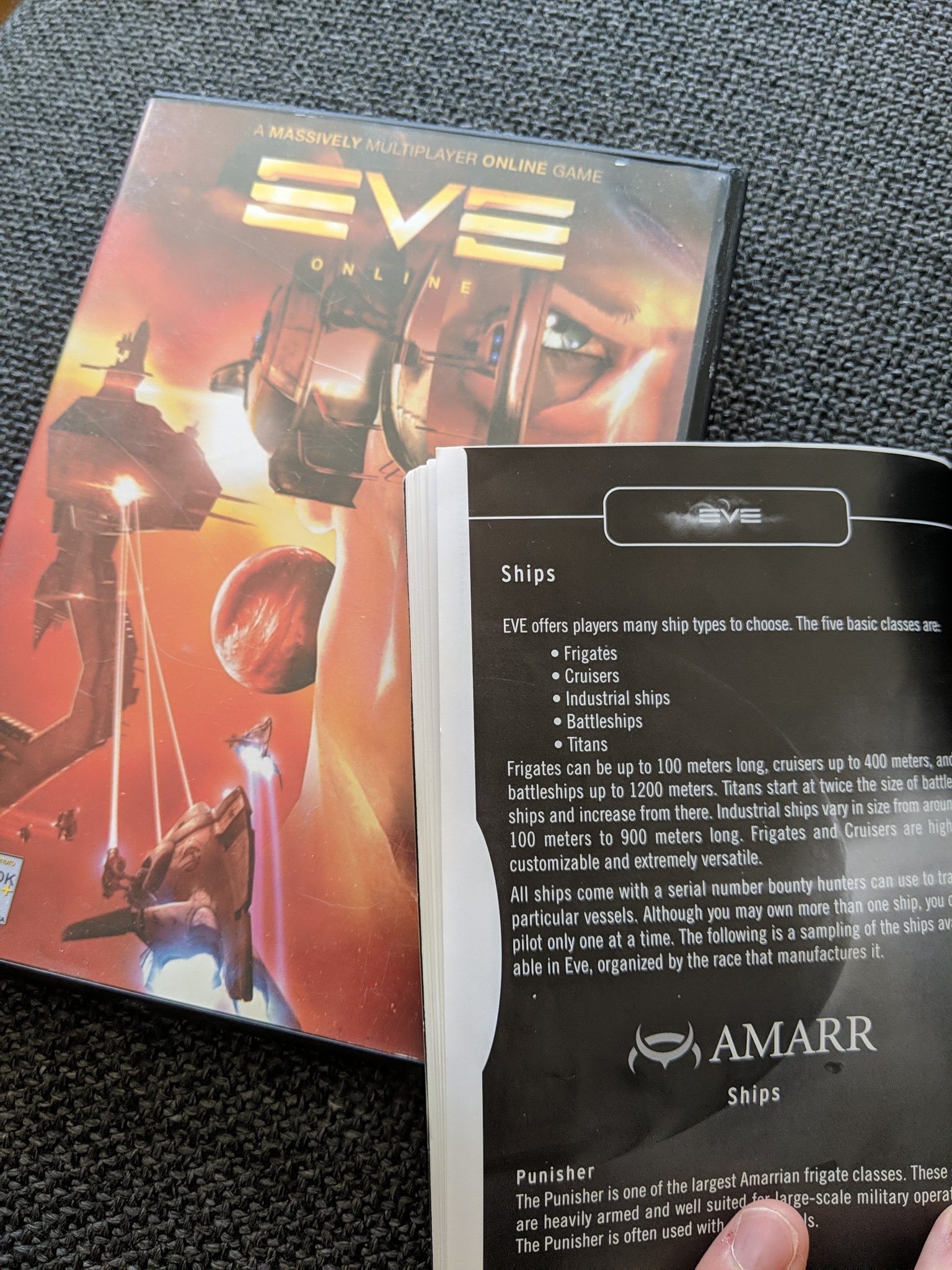 Enough has been written about the game, its impact, the social connections it created. So I won’t do so again here. Let it just be said that from 2003 until 2011 I was an avid player and participant on the forums. Any small nugget of story content, either official or fan made, was devoured in an instance.

My favorite story content revolved around the normal people that inevitably got mixed up in with what those gods of the skies the capsuleers (the players) got up to. What it would be like for a normal person to edge out a life in a reality where some would live forever and individuals could stand up to empires spanning hundreds of star systems.

I guess it was only logical then that after a while I would try my hand at writing my own story content and basing it around what I was experiencing in-game at the time.

Most of it never saw the light of day, and is permanently lost as I did not deem it good enough to store (and never for sharing!).

Recently though while going through old documents I did uncover a story that I had written back in 2010, that I think could be fun to finally share with the world.

And so without further delay, here it is “Scavengers”